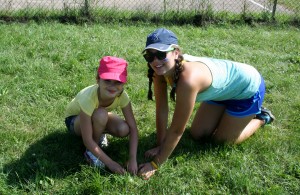 Vancouver,  April 22, 2013 — Thousands of children at summer camps across Canada will be given trees to plant this summer as part of a powerful,  educational,  partnership between The Charitree Foundation and The Canadian Camping Association.

The environmental education program for children sources seedlings native to each province and coordinates delivery in the first days of camp each year.

In the pilot project in 2009, twelve camps in the Parry Sound/Muskoka district of Ontario planted 2,300 trees. The next summer, forty-seven camps in nine provinces participated and planted 10,000 trees. In 2011, the project grew again. Campers in fifty-five camps in nine provinces planted 17,590 trees. In 2012, campers planted more than 23,000 trees across Canada. Thousands more are expected to be planted in 2013 and requests for trees are flooding in as Earth Day approaches.

“If children are going to make a lifelong commitment to protect the environment for themselves and future generations, they first need time to explore the wonders of nature,” said Andrea Koehle Jones, Executive Director of The Charitree Foundation and a former camper and Camp Mi-a-kon-da program director. She says one of the best ways to learn about the environment is to plant a tree.

Charitree  is pleased to partner with The Canadian Camping Association for the fifth year. “I deeply value the efforts of camp staff to get kids outside, especially now when kids seem to have fewer and fewer opportunities to connect with nature,” said Koehle Jones. “This is a real loss because research shows that contact with nature makes kids feel better about themselves.”

“Camps really get this and I think the world would be a better place if more children had the opportunity to attend camp – and of course plant a tree.”

About The Charitree Foundation
The Charitree Foundation is the Canadian children’s environmental learning and tree planting charity. The Foundation sources and distributes trees to kids through schools and children’s organizations across Canada. ChariTREE, a registered Canadian charity and a member of The United Nations Billion Tree Campaign, was established to help the planet by creating and supporting tree planting projects that benefit kids – the future guardians of the planet.

About The Canadian Camping Association (CCA)
The Canadian Camping Association is dedicated to the development, growth and promotion of summer camps in Canada. The CCA is a non-profit, national federation of nine provincial camping associations: British Columbia, Alberta, Saskatchewan, Manitoba, Ontario, Quebec, Newfoundland and Labrador, New Brunswick and Nova Scotia. The few camps in Prince Edward Island maintain links with camps in Nova Scotia. The CCA represents more than  800 camps across Canada. 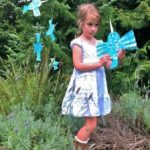 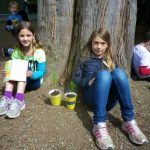 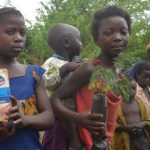 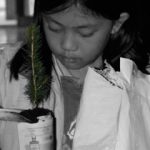 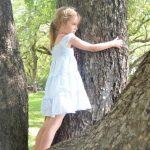 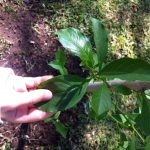